Villa Swift
The architecture of Villa Swift is the transparent geometry of more...
02/02
Prev project Next project
Scroll Swipe Down Up 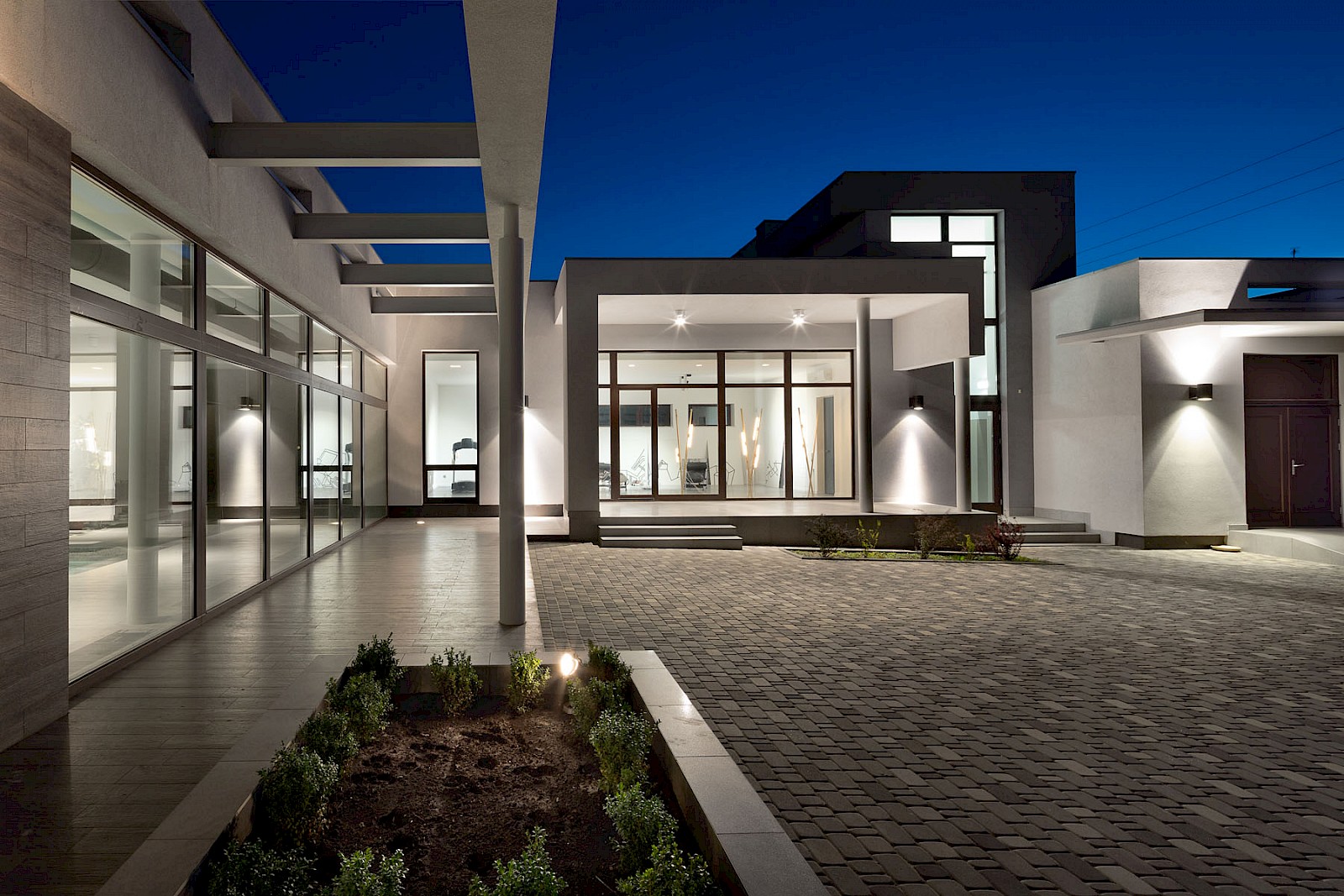 The architecture of Villa Swift is the transparent geometry of regular lines, the embodiment of concise forms and minimalism. Simple volumes have found ideal ratios in all directions, where the look follows - up or along. Panoramic windows almost completely erase the line between the outer and inner spaces and at the same time introduce a feeling of security. Giving the facade lightness, panoramic windows free architecture from the weight of concrete and metal. Interiors take on the character of infinity. With all the simplicity of the sound, it turned out a complex architecture with a large number of spatial details. The intersection of pergola beams and columns, the alternation of openings and blind elements of the facades, a huge reflective array of glass, all together set in motion a magical play of light and shadow both during the day and in artificial light.
Villa Swift is designed as a space for recreation, which accompanies a well-organized, but hidden life. The swimming pool with lounge area is dominant in the interior, defining the atmosphere of the house. At a right angle to the pool area, a number of residential and domestic premises are deployed: a bedroom, a living room-studio combined with a kitchen, a utility room and a workshop, which is intended for future hobbies. Each feature is underlined by architectural scope.
Villa Swift belongs to a series of projects in the author's style called “The Architecture of the White Wing”.
Projects:
Close
Please rotate your device to portrait mode