Task for the interior of the guest more...

02/03
Prev project Next project
Scroll Swipe Down Up 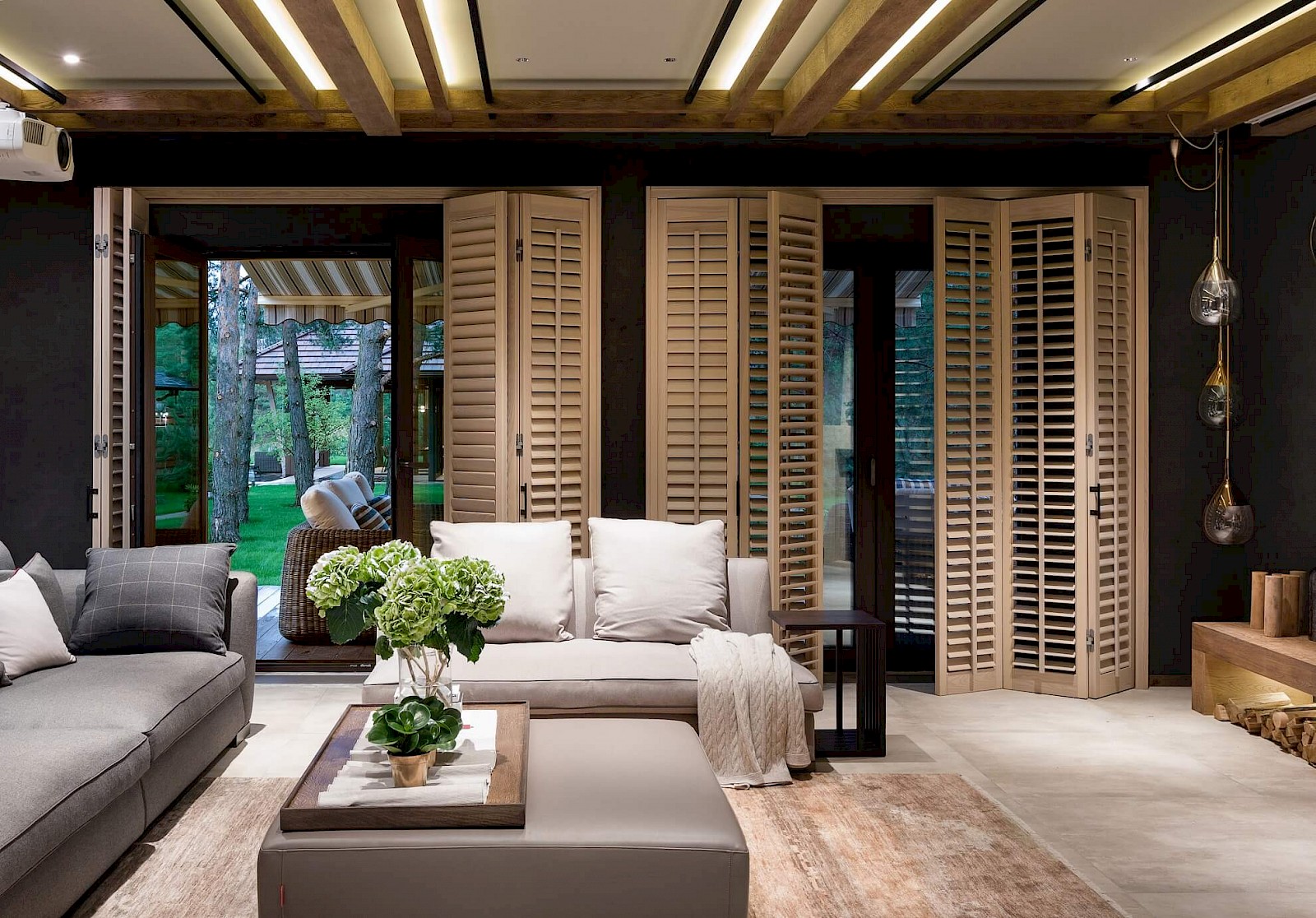 Task for the interior of the guest house.

Customers are very hospitable and open-minded people. It was important for them that a large group of friends could freely and comfortably stay with them for several days. Thus, due to the design, the guest house should have become more spacious. There was a desire to preserve the general idea of the chalet, to preserve the existing buildings, but at the same time to infuse new energy into them. In addition, one very unusual task was added, it is to provide a worthy opportunity for the realization of their joint hobby for gourmet preservation - this is how a fusion-cellar appeared at the object (underground).

Any scenario of moving, being in the interior of a living house is always interesting and only increases with each interaction. The feeling of novelty does not leave even after several days spent in it. Every time you feel like a discoverer - as if you for the first time stepping onto new lands, that no one has ever seen before. Correct and incorrect shapes, included in the game of complex shadows and distributed light, all together give the object incessant mystique and mystery. A person, apart from his will, is included in an exciting task - to solve a magical secret. At some point, it seems to him that he succeeded, but after a moment (the next moment) the shadow slides on to another object, taking away an undisclosed secret. Curiosity turns into true pleasure from following the elusive magic.

What we did to solve the task?

Made a significant redevelopment on the first floor. Get rid of the tambour - connected it with the hallway in one space. The resulting space allowed to turn on a bar counter, which in a certain sense reminds reception, offering to enjoy drinks straight from the threshold. We opened a large aperture from the hall to the next room - tied up the living room, dining room and kitchen with one volume of complex shape. A new spacious space now allows a large company to be together at the same time, but in different zones. The dining table has become the unifying and at the same time dividing center of this symbiosis. Ready at hand an open staircase to the second bedroom floor and down where the fusion-cellar is located (underground). From the kitchen area, access to a functionally rich utility room with storage modules, additional refrigerated cabinets, and equipment for pre-treatment of products. Behind it laundry and service entrance. The boiler room was taken outside the house and designed in a separate building with a gatehouse. The second floor became a hotel compartment with 3 bedrooms, a mini living room and two bathrooms.